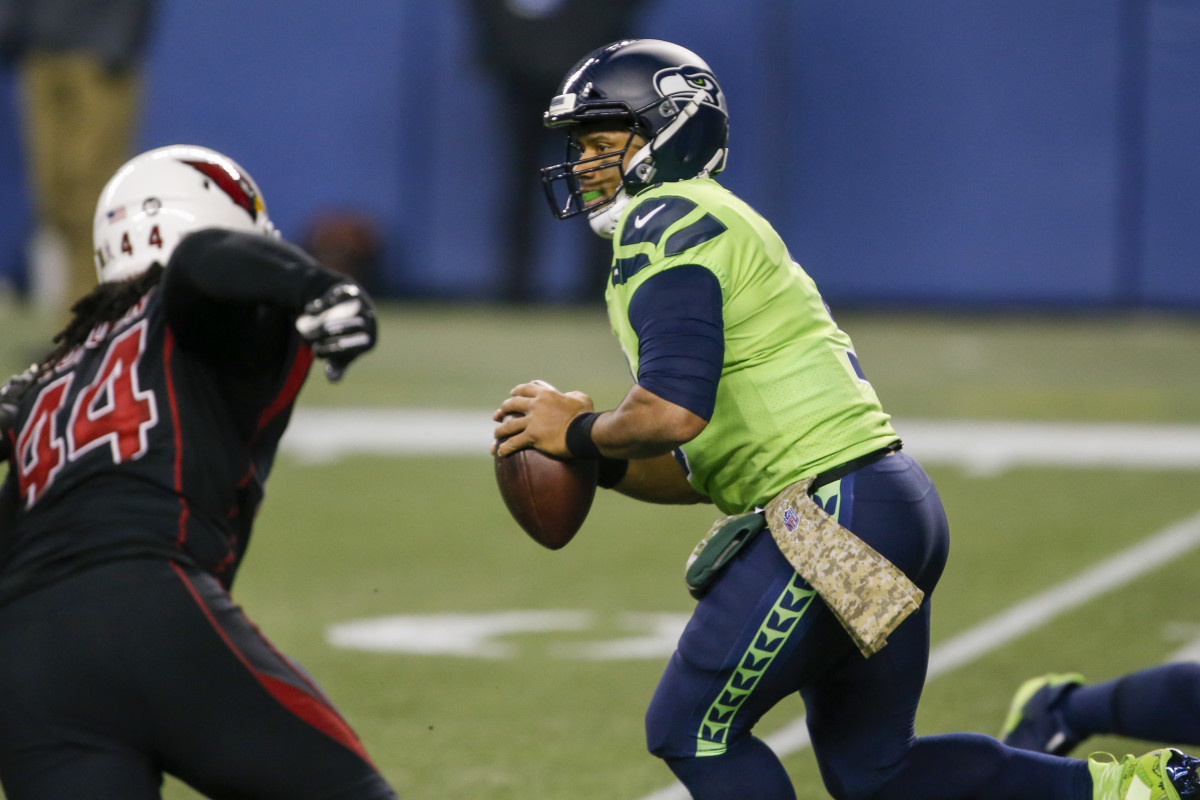 With the Seahawks set to play their regular season finale against the 49ers in Glendale, Arizona in Week 17, the team still remains in the hunt for the conference’s top seed and a first round bye. Depending on Sunday’s results around the NFL, they could earn any of the top three seeds, with the No. 2 and No. 3 seeds setting up home playoff games in the Wild Card round at Lumen Field.

Here’s a look at Seattle’s four potential Wild Card opponents, including strengths, weaknesses, and a playoff difficulty ranking on a five-star scale.

Strengths: While they aren’t the 1985 “Monsters of the Midway,” or even the top five units from the past two seasons, the Bears remain one of the better all-around defenses in the NFL, allowing 22.3 points per game. There’s plenty of star power on that side of the ball for Chicago, starting with perennial All-Pro outside linebacker Khalil Mack, criminally underrated defensive tackle Akiem Hicks, and third-year linebacker Roquan Smith. Offensively, the Bears have been on a roll as of late, scoring at least 30 points in each of the past four games with a rejuvenated Mitch Trubisky throwing seven touchdowns in that span and running back David Montgomery surpassing 1,000 rushing yards for the first time.

Weaknesses: While Trubisky has played better of late, he lost his job early in the season due to dismal outings against the Giants and Falcons. The Bears have been one of the NFL’s worst offenses at converting on third down and the fourth-year quarterback remains turnover-prone, as he’s thrown four picks in his past five starts and had several other potential interceptions dropped. Away from star receiver Allen Robinson, he doesn’t have many viable weapons in the passing game either, though Jimmy Graham has had a bit of a revival with eight touchdowns. On defense, the Bears have been prone to getting gashed by the run. They’ve given up at least 140 rushing yards four times this year and all four happened on the road, with the team going 1-3 in those contests.

In terms of momentum, the Bears have a chance to enter the playoffs riding a four-game win streak and would have to beat the Packers to get in, so they would certainly be peaking at the right time. Chicago’s defense has shown cracks in the armor at times this season, but Mack, Hicks, Smith, and safety Eddie Jackson would make this a tougher matchup for Wilson and Seattle’s passing game. The offense has been clicking well enough too to potentially pull a road upset, so this might be a sneaky difficult Wild Card matchup if Trubisky and the Bears get in.

Strengths: While the offense hasn’t been firing on all cylinders in recent weeks, Kyler Murray presents major problems for opposing defenses with his mobility as both a passer and a runner. He has one of the best receiving corps in the league to work with as well, including DeAndre Hopkins, who has caught 111 receptions for 1,372 yards in his first season with the franchise. Pacing the NFL’s third-best rushing attack, Murray has nearly 900 rushing yards and Kenyan Drake could hit the 1,000-yard mark with a big season finale. Defensively, a much-improved secondary headlined by Patrick Peterson and Budda Baker has helped Arizona to a top-10 ranking in passing yards allowed and yards per pass attempt.

Weaknesses: Since throwing for over 350 yards against the Seahawks in Week 7, Murray has only eclipsed 300 passing yards once in the past eight games and the Cardinals have been held to 21 or fewer points three times. All three of those contests ended in defeat, including a disappointing 20-12 loss to the 49ers in Week 16. Defensively, opponents have rushed for 100-plus yards in five of the past six games against Arizona, with San Francisco most recently racking up 227 yards on nearly eight yards per carry last weekend. Injuries in the trenches have played a part in those struggles, as defensive tackles Jordan Phillips and Corey Peters were lost to season-ending injuries.

A renewed Seahawks pass rush showed off its chops against Murray in Week 11 and with the second-year quarterback nursing a leg injury, his effectiveness as a runner may be limited in the postseason. Still, the Cardinals have a ton of weapons and put up 37 points against their divisional foes back in October. The team also has an aggressive, opportunistic defense that has given Wilson some trouble in both matchups this year finding ways to generate pressure. Seattle would be favored in this rematch, but even at home, this could be a difficult first round matchup dealing with Hopkins and company.

Strengths: Led by perennial All-Pro defensive tackle Aaron Donald and shutdown cornerback Jalen Ramsey, the Rams boast one of the NFL’s top all-around defenses and held the Seahawks to 20 or less points in both regular season matchups. They’ve given up fewer touchdown passes (16) than any team in the league, rank second in sacks (49), and rank third in rushing yards per carry (3.8). Offensively, the Rams rank seventh in the NFL for yards per game (379.9) and have a bevy of talented skill players including receivers Cooper Kupp and Robert Woods, tight end Tyler Higbee, and running back Cam Akers.

Weaknesses: Due to inconsistent play from quarterback Jared Goff, the Rams’ yardage totals haven’t always translated to success on the scoreboard. The team currently ranks 19th in points per game (23.6) and part of the issue has been red zone efficiency, were the Rams rank 13th in the NFL with a 62.2 percent touchdown rate inside the opposing 20-yard line. Making matters worse, Goff may not be able to play in the playoffs after undergoing surgery on his thumb, forcing backup John Wolford into the lineup for the team’s season finale against the Cardinals. There’s also a chance Kupp won’t be available for the start of the postseason due to being placed on the COVID-19 list.

If Goff was healthy and Kupp could play, the Rams would still be a tough out in the playoffs due to their stingy, star-studded defense. That unit by itself could give them a chance to steal a game in the postseason even with Wolford under center. But given the injuries and recent offensive struggles already plaguing this team, this wouldn’t be near as scary of a grudge match for the Seahawks as it could have been.

Strengths: While he has had issues with interceptions at times in his first season in Tampa, Tom Brady has remained one of the NFL’s best quarterbacks with 4,234 yards and 36 touchdown passes. Spreading the wealth, the six-time Super Bowl champion has six different receivers with at least 270 receiving yards and three receivers with five-plus touchdowns, including Mike Evans with a team-best 960 receiving yards and 13 touchdowns. Rob Gronkowski has returned from a one-year hiatus to produce 594 receiving yards and seven touchdowns. Defensively, the Buccaneers rank first in run defense (3.5 yards per carry, 1,162 yards) and rank third in interceptions (15) as well as third in sacks (47).

Weaknesses: For most of the season, the Buccaneers had a competent rushing attack, but losing starter Ronald Jones II to a finger injury could be a significant injury to watch heading into the postseason. Leonard Fournette would likely be his replacement and he’s averaged less than four yards per carry this year.

With Brady at the helm, a multitude of weapons at his disposal, and the confident Arians calling the shots on the sidelines, the Buccaneers would easily be the toughest potential first-round opponent for the Seahawks. A much-improved Seattle defense would surely be tested, while Wilson wouldn’t have it easy against a Tampa Bay defensive front featuring Barrett, Jason Pierre-Paul, and Ndamukong Suh, one of the best linebacker tandems in the sport in Devin White and Lavonte David, and an improving young secondary.