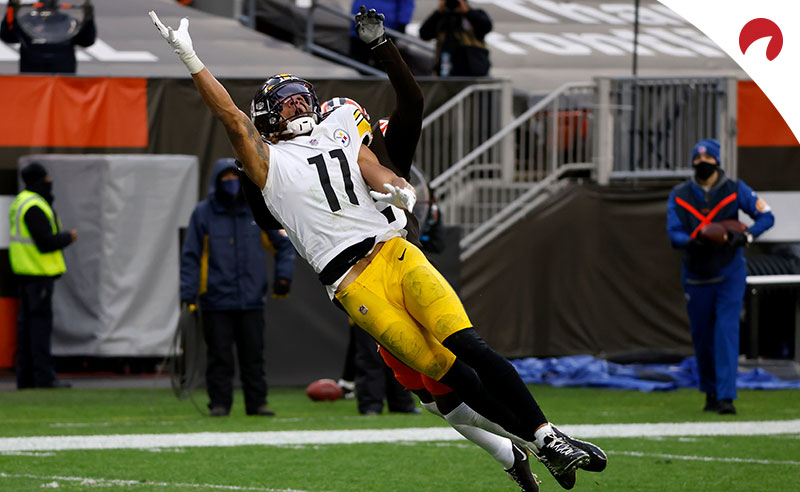 The NFL playoffs are here, and a loaded slate of six games are on tap for football bettors ahead of Wild Card Weekend. As a result, odds at sportsbooks have been on the move in a big way since opening.

Monitoring line movement is one of the best ways to assess where the money is going for NFL matchups. There are two types of bettors that frequent online sportsbooks: the public and the sharps.

The betting public is your average joe who likes to casually wager on football. The public will bet mostly favorites and tends to pay more attention to the teams that are receiving the most media attention.

On the other hand, sharp bettors tend to go against the grain and find value where not many others do. Books will shift lines depending on where the sharps are placing their bets. The sharpest bettors get their action in shortly after the odds are released, as they anticipate which way the lines will move.

Line movement can also account for injuries and, in 2020, the growing number of COVID-19 cases NFL teams are announcing each week.

So, which lines are on the move in Wild Card Weekend? Here’s a breakdown of the biggest odds changes of the week.

Note: all line moves were as of Thursday morning. Odds courtesy of Bovada.

The line for the AFC North divisonal matchup between the Browns and the Steelers has been steadily on the move in Pittsburgh’s favor since opening.

Two days after celebrating their long-awaited return to the playoffs, the Browns received a serious blow, as COVID-19 will keep head coach Kevin Stefanski and at least two players out against the Steelers.

Special teams co-ordinator Mike Priefer will be the acting head coach Sunday. Bettors have gone into full fade mode on the Browns, and it’s hard to blame them given Cleveland’s current situation.

The health of Jared Goff is going to be crucial for the Rams to get past the arch-rival Seahawks on Saturday. Goff, who’s been battling a thumb injury, hasn’t been cleared to play, meaning there’s a very likely chance backup QB Joh Wolford gets the start under center for the Rams.

There’s no question Goff has regressed since the Rams’ Super Bowl during the 2018 season – he owns a quarterback rating of 88.1 since then. But Wolford, an ex-player for the now-defunct Alliance of American Football, would be tough to trust in a must-win game on the league’s biggest stage.

That hasn’t stopped Rams bettors, though. Since opening as +4.5 underdogs, the Rams’ spread has been bet down to +3.5 as of this writing.

One of the most highly-anticipated matchups of Wild Card Weekend features Tom Brady and the high-flying Buccaneers offense against rookie Chase Young and the stellar Washington defense.

Washington has only given up 191.8 passing yards per game – the second-best mark in the NFL. The Football Team as a whole have caused a total of 16 interceptions, good enough for fifth in the NFL. Brady has only thrown 12 picks in the 2020 campaign.

Over the final four games of the season, Brady has been fantastic, completing 69.1 percent of his passes for 1,333 yards, 12 touchdowns and one interception (which came off of a dropped pass).

So, which side are the majority of bettors siding with here? The Bucs’ -7.5 number has shifted slightly to -8.5, and it wouldn’t be much of a surprise to see that trend reach closer to double digits as game day approaches. It’s Tom Brady, after all. He knows a thing or two about finding success in the postseason.

Looking for the sportsbook that’s right for you to get some money on NFL games? Check out our Sportsbook Review page. To learn more about how the point spread is used in NFL games, be sure to visit our What is a Point Spread? article.