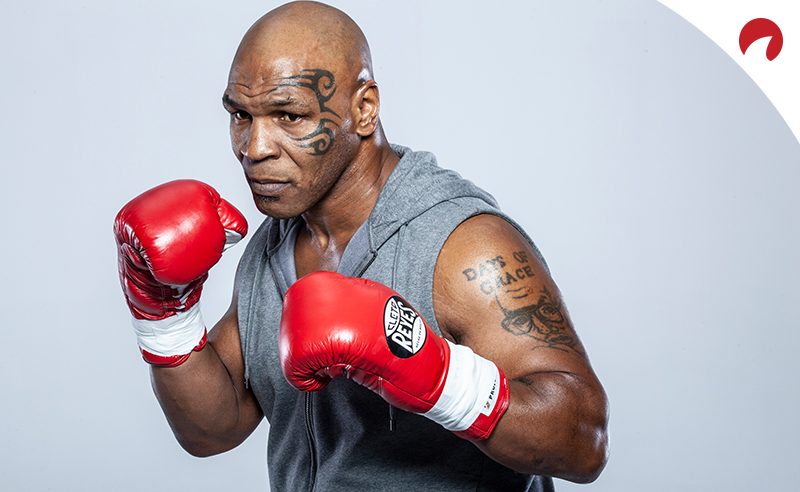 The COVID-19 pandemic has people acting crazy during self-quarantine as some attempt to entertain themselves while others look to bring joy to others. At this point, I’m not sure which side of things that “Iron” Mike Tyson stands on but the recent viral video of him hitting mitts has the world set for a return.

Of course, many people were excited to see the former undisputed heavyweight boxing champion showing off his speed and outstanding power. But the boxing promoters saw dollar signs for a potential Tyson comeback. Well, fight fans, we are getting exactly that when “The Baddest Man on the Planet” takes on “Captain Hook” Roy Jones Jr.

Now this promotion does say September 12 but it has been postponed until November 28. It will be an eight-round exhibition bout with Tyson the betting favorite over Jones.

You can see my full preview and pick for Mike Tyson vs Roy Jones Jr.

Online sportsbook Bovada released odds for this fight with Tyson opening as the -105 underdog and Jones coming back as a -135 favorite. However, within 30 minutes, money poured in on Iron Mike and shifted the line to make him the -175 favorite. Tyson is now -200 with Jones coming back at +150, which means you would have to wager $200 to profit $100 on Iron Mike, while a $100 bet would profit you $150 on Jones.

New to the sport of boxing? Take a look at our great boxing betting guide to help you get in on the action.

A quick scan of Mike Tyson’s betting history and you will see that the lone time he was an underdog since he beat Larry Holmes came in his 2002 bout with Lennox Lewis. Surprisingly, he did open as a slight -105 underdog for his upcoming bout with Roy Jones Jr., though the betting community wasted no time buying him up to a -200 favorite, which would match his second-longest odds for his infamous second fight with Evander Holyfield.

If you’re too young to appreciate Mike Tyson, don’t feel bad – he hasn’t boxed professionally since 2005. The stories you may have heard of him are true, though. He brings with him a record of 50-6 with 44 of those wins coming by knockout, five by decision and one by disqualification.

Among his six losses, five were knockouts and the sixth is of course the biting incident disqualification. He also had two no contests.

Tyson didn’t get paid by the hour when he was in the ring. He was paid for the event and that showed in how little time he required to put his opponents away. As seen above, only five of his 56 pro fights went the distance, with two of those being non-title fights of 10 rounds as opposed to 12. Furthermore, only 16 of his fights reached the fifth round and he had 23 first-round knockouts!

Mike Tyson Is Set To Return

Not long ago, Iron Mike was on Joe Rogan’s JRE Experience Podcast and he remarked that he didn’t want to fight again and in fact didn’t even want to hold mitts because it brought out a dark side in him.

Shortly after, Tyson was seen showing some fantastic head movement and elusiveness against UFC heavyweight contender Francis Ngannou. That was followed by the video off the top, with Mike hitting mitts with Rafael Cordeiro, the head coach of Kings MMA in California, and a return appeared to be on the horizon.

Now, The Baddest Man on the Planet has accepted that exhibition match with Roy Jones Jr. which, according to the California State Athletic Commission’s Andy Foster, will have 12-ounce gloves, eight two-minute rounds, neither fighter going after a knockout and no judges.

However, the latter points appear to be up in the air as Jones hinted there will be judges and a belt when he made his appearance on JRE and that the two would be going after each other.

There were other names suggested to be Tyson’s comeback fight such as Tito Ortiz, Shannon Briggs and even the trilogy fight with Evander Holyfield.