Daniel Negreanu posted a dominating session on Wednesday, but Doug Polk picked up a bunch of chips late in the match. 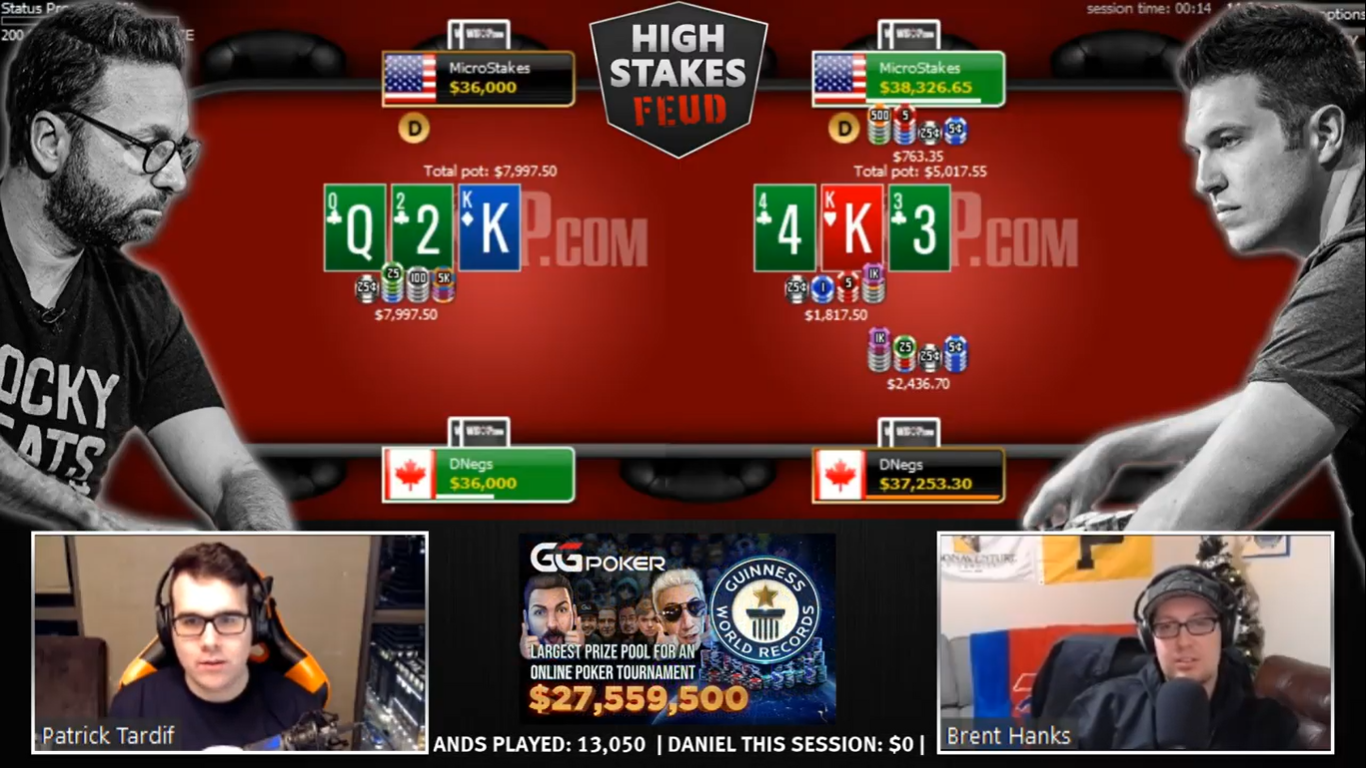 Daniel Negreanu is starting to make up some ground against Doug Polk. (Image: YouTube)

Negreanu has outplayed Polk for much of the past few weeks, but he’s still losing an uneven amount of coolers and bad beats in massive pots. Over the past two sessions, he lost a huge, all-in pot to bad luck while not having any of those hands go in his favor.

On Day 23 (Jan. 4), the poker pros were all-in on the turn in one $80,000 hand. Polk had a small pair and flush draw, and Negreanu had an over-pair. The river gave the Upswing Poker founder a winning flush.

On Wednesday (Day 24), the river was again kind to Polk in another $80,000 pot. The board texture read 6-Q-K-J-K, and Negreanu held pocket 6’s up against K-Q, which rivered a better full house.

That hand was crucial for Polk, who was being dominated up to that point in the match. Negreanu continually received value on his big hands, and made some correct but difficult calls to bust out to a huge lead. The $80,000 river suck-out made the match more competitive.

Polk and Negreanu then played another huge pot that ended up in a chop. Negreanu had A-K and Polk Q-Q, with all the money in pre-flop. “DNegs” hit his ace on the flop, but the board showed five diamonds, and neither player had that suit. If not for a river diamond (or queen), Negreanu would have won another $100,000 for the day. On the other hand, had he not flopped an ace, and Polk avoided the five-diamond board, Polk may have ended the day in the lead. So, it goes both ways.

After Day 18 last month, Polk led by just under $1 million. Since then, he’s taken it on the chin a bit. Negreanu has improved his play since the start of the challenge. He’s no longer relying on luck to stay competitive, and is starting to make his own luck by getting value with his decent hands and by making some tough calls.

On Day 24, Negreanu finished with a $96,000 profit, but he gave back about $50,000 chips in the final half-hour. Polk turned the table and began getting thin value with his middling hands. Still, Negreanu booked a sizable win, cutting his deficit to $652,000 through approximately 13,600 hands.