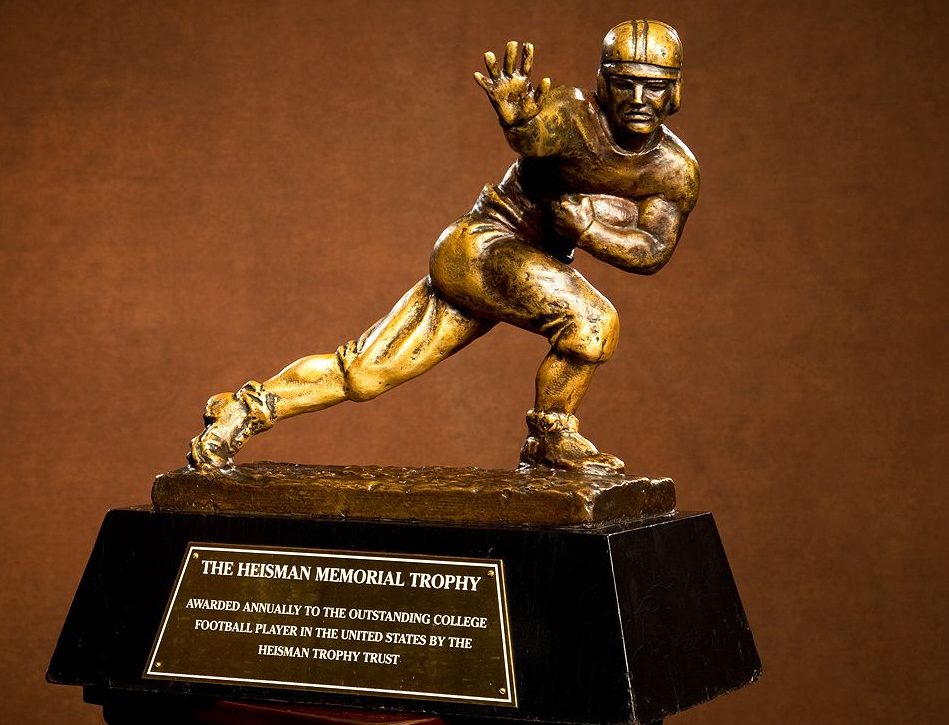 The Heisman Trophy goes to the top rated college football player every season. The winner is chosen by voting members of the press as well as former trophy winners. The ballots are distributed on December 14th and collected exactly one week later. Any votes which are submitted late do not count.

The votes and results are kept as secret as possible but as Troy Aikman once said about the year he went to the ceremony: “Barry Sanders’s entire family was occupying the auditorium and I wasn’t even asked to bring my mom and dad. So I was like ‘I think we know who won this one’” – See video clip of Aikman saying this here. So, information does have a way of getting out, whether directly or not. This year the ceremony will be held virtually for the first time ever, so who attends will not be a tip off, that is for certain.

The date that the votes have to be in is also important when picking your bet. December 21st was well before the big bowl game which saw Trevor Lawrence & Kyle Trask flounder, Mac Jones play well & his wide receiver Devonta Smith play lights out.

Still the heavy favorite is Devonta Smith. And I mean a HEAVY favorite. Coming into this weekend’s playoff game, Smith already had 98 catches for 1,511 yards and 17 TD’s. His end of season stats are even gaudier.

I usually like to recommend an underdog to get a better payout but it seems like a forgotten conclusion Smith will win the trophy and be the first WR Heisman winner since Desmond Howard 30 years ago! Trust me, they want to give it to a WR.

But, if you absolutely must take an underdog, why not take Trask +4000? Ten bucks wins you $400 if he wins and remember, the votes were taken weeks ago before he laid a big fat egg in the bowl game. Trask had 43 TD’s and only 5 INTs and 4,000+ yards at the time the votes were cast. Food for thought.