La Real to eke out another three points

La Liga After impressing in Saturday’s win at Elche, Real Sociedad can notch back-to-back wins against Valencia. Los Che were out of sorts at home to Huesca at the weekend, and fans may be beginning to worry about the lack of new arrivas. La Real can become the first opponent this season to prevent Valencia from scoring, with a 46% chance of victory and BTTS down below 50% according to Infogol’s model.

Betis to suffer Madrid hangover away to Getafe

Betis will feel hard done by to have lost at home to Real Madrid on Saturday night, leading at half time only for a late Sergio Ramos penalty to break their resistance after Manuel Pellegrini’s team conceded an equaliser and went a man down. They take on a Getafe side who beat them 1-0 at the Coliseum in January and haven’t conceded in either of their last two, so Infogol anticipates a home win with the visitors being shut out.

Atlético to build on fast start with Huesca success

New Atlético Madrid signing Luis Suárez made an instant impact against Granada, scoring twice in a 6-1 win, and he and his team-mates should have too much for a Huesca side without a win in its opening two games. Michel’s team earned a good point at Valencia over the weekend, but Michel’s side haven’t shown too many signs they’ll have what it takes to break down one of La Liga’s stingiest defences.

Villarreal to bounce back from Barcelona humbling

Villarreal made things easy for Ronald Koeman’s Barcelona at Camp Nou, allowing their hosts to wrap up the game before half-time, but a return to home soil for the visit of Alavés can set them back on track. The visitors got off the mark with a goalless draw at Getafe, but have just one goal to their name this season and Unai Emery’s hosts are 58% to win based on Infogol’s model.

Eibar to pick up first win of the season

Eibar kept things much tighter against Athletic than against Villarreal the week before, but the full-time result was the same. José Luis Mendilibar’s team are winless so far this season, but midweek opponents Elche looked worryingly porous at home to Real Sociedad on Saturday and ought to provide the hosts with plenty of chances, as emphasised by Infogol making Eibar 51% favourites to win and anticipating both teams scoring.

Real Madrid had plenty of nervy moments in their 3-2 win at Real Betis, but a return to the Bernabéu can help set them straight. The champions welcome a Valladolid side with two draws and a defeat so far this season, and are 72% to win in a fixture which saw Sergi Guardiola’s late goal deny them victory at the start of last season. Infogol puts BTTS at a distinctly low 37%, suggesting Madrid are likely to reprise the defensive solidity which served them well in June and July. 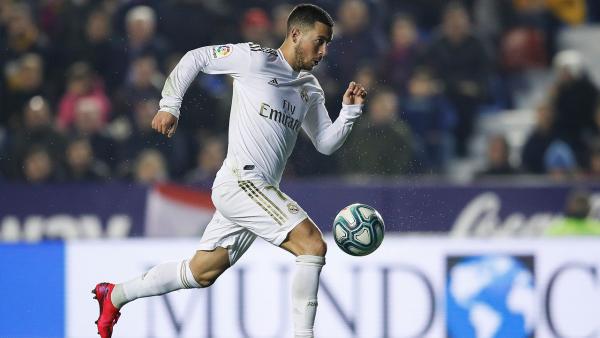 Athletic to kick on after big win at Eibar

Athletic Bilbao managed to snap their losing streak with three points at Eibar, scoring twice from an xGF of just 0.60, and Unai López’s late winner is the kind of moment on which something can be built. Gaizka Garitano’s team welcome Cádiz to San Mamés, and are 47% to take all three points from a game in which goals may well be scarce, with Infogol anticipating a 39% chance of more than 2.5 goals and putting BTTS below 50%.

Sevilla were run close by Levante this time last year, needing a late Luuk de Jong winner to break the deadlock, but manager Julen Lopetegui has grown into his role and the Europa League holders are solid favourites to make light work of their opponents this time around. Infogol’s model backs them to follow a dominant win at Cádiz with three points at home, with a strong chance Yassine Bounou becomes the first La Liga keeper this season to stop Paco López’s team from scoring.

Barcelona to squeak past Celta

After a straightforward opening win against Villarreal, Barcelona have a tougher test at Balaídos. Last season’s equivalent fixture was the beginning of the end for Quique Setién, with a late Iago Aspas equaliser setting the tone for Barça to concede ground in the title race, but new boss Ronald Koeman can become the first manager this season to beat a Celta side seizing its opportunity after coming within a goal of relegation on the final day of last season.