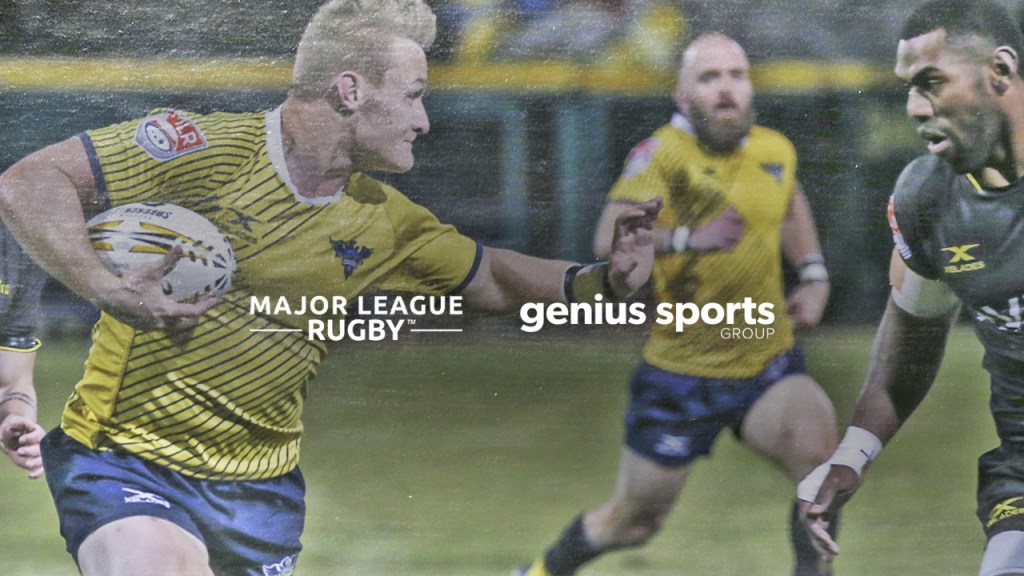 Major League Rugby is partnering with Genius Sports to help grow its presence in sportsbooks around the globe.

In its first betting-related partnership, MLR has granted Genius Sports exclusive rights to capture match data and distribute it to operators in North America and abroad. Genius will also distribute live streams to any MLR matches that aren’t being shown through its broadcast deals.

“We know there is interest in regulated betting on our matches, and we have to be beyond reproach,” MLR commissioner George Killebrew said in a statement. “We have the utmost confidence in Genius Sports Group to manage our data and deliver it to their sportsbook partners, further engaging all fans, old and new.”

The ability to pair live odds with live games is considered an ideal setup, particularly for smaller leagues looking to grow their audience. When the U.S. sports industry ground to a halt during the start of the pandemic, for example, European table tennis drew a lot of the action, largely because people could watch and wager simultaneously.

The 12-team MLR’s season kicks off March 20, with matches set to be televised on CBS Sports Network, FS1 and FS2. Those not picked up for broadcast will be available to be livestreamed through Genius Sports’ network of partners. The deal also includes integrity services, which will help detect potential match-fixing through irregular betting patterns.

Based in London, Genius Sports works with some of the world’s biggest sports bodies, including the English Premier League, Serie A and PGA Tour. The company is in the process of going public in a deal with blank check firm dMY Technology Acquisition II, which values Genius Sports at $1.5 billion.