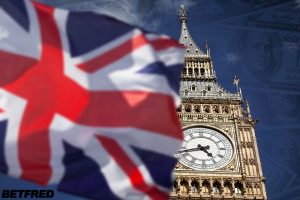 A British man who won £1.7 million from major bookmaker Betfred in 2018 only to be denied his winnings is seeking a summary judgment in the High Court, saying the two and a half years after his big win have felt like “hell on earth.”

After a long playing session on his phone, Mr. Green’s online account was credited with a win exceeding £1.7 million, but when he tried to withdraw the money he had his request denied.

The gambler placed several more bets with his winnings and took a screenshot to prove that he was not able to withdraw the rest. A Betfred director reached out to Mr. Green and told him that the bookmaker rejected his claim to the win saying it was the result of a software glitch.

According to Betfred’s terms and conditions, a document spanning 49 pages, which Mr. Green had ticked when he had opened his account with the operator, it has the right to void all “pays and plays” in the event of a “malfunction.” Betfred pointed out that by ticking the box, Mr. Green had agreed to that. However, the gambler’s lawyers claim otherwise.

Betfred Did Not Produce Evidence to Prove Software Error

Mr. Green’s solicitor, Peter Coyle, said that although the bookmaker’s T&Cs are “incredibly complicated and span across numerous different documents, we are confident that, on their proper construction, the terms simply don’t allow for Betfred to withhold payment.”

When he tried to claim his winnings, Mr. Green was offered instead a £30,000 payment as a “token of goodwill” as long as he agreed not to talk about the incident. Mr. Green refused that offer and the bookmaker increased it to £60,000, which he also refused.

Mr. Green said that “you wouldn’t treat an animal like I’ve been treated by Betfred” and that the last two and a have years since he won the big prize but could not collect it “have felt like hell on earth.”

Betfred licenses online casino games from Playtech. The major gambling provider has refused to confirm the nature of the software malfunction that prevented Mr. Green from being paid out his winnings.

Under UK gambling law, Playtech was obligated to inform the Gambling Commission about the incident. Mr. Green’s solicitor said that the description of the incident that Playtech provided was only four lines long and did not really specify the nature of the glitch.

Mr. Coyle went on that despite his repeated requests, Betfred and Playtech failed to prove there was any malfunction at all.