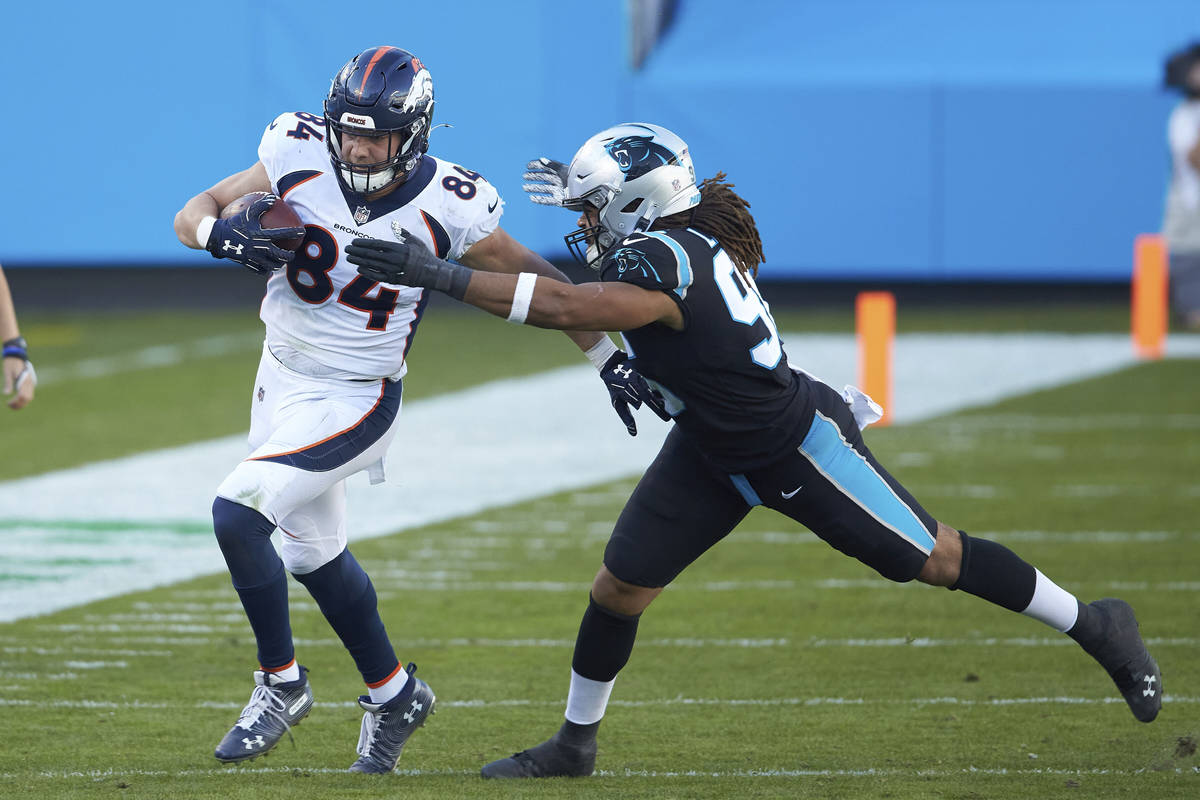 San Francisco at Arizona (-5, 49): The 49ers are 10-5 against the spread in their last 15 road games, though they now are playing home games at Arizona. The Cardinals have covered their last two games after five straight spread losses and are 5-0-1 ATS in their last six games against San Francisco. The under is 11-7-1 in Arizona games since late 2019. Edge: Slight to Cards.

Denver at Los Angeles Chargers (-3, 49): The Broncos have won and covered four of the last five meetings, including the last three. Denver also is 5-2 ATS on the road this season and 9-4 ATS in its last 13 road games. The Chargers are 2-5-1 as favorites this season and 4-13-1 in the role since last season. Edge: Broncos.

Cleveland (-9½, 47½) at New York Jets: The Jets have covered five of their last eight but still are 5-9 ATS this season and 6-13 ATS in their last 19 games. The matchups between the teams have gone under the total the last three seasons. Edge: Slight to under.

Chicago (-7½, 47) at Jacksonville: The Bears are 0-2 as favorites and 0-8 in the role since early last season. The under is 25-11-1 in Chicago games since late 2018. The Jaguars are 4-3 ATS in their last seven games, though they have failed to win any of those outright. Edge: Jaguars and under.

Carolina at Washington (-2½, 43½): The Panthers have covered their last six road games and are 8-1 in their last nine games as underdogs. Edge: Panthers.

Atlanta at Kansas City (-11, 54): The Chiefs are on an 0-5-1 spread skid. Six of the last eight Falcons games have gone under the total. Edge: Slight to Falcons and under.

Los Angeles Rams at Seattle (-1½, 47½): The Rams have battered the Seahawks in the last two meetings and have won five of the last six meetings straight up. The last six Seattle games have gone under the total, and the under is 10-4 in Rams games this season. Edge: Rams and under.

Philadelphia (-2½, 49½) at Dallas: The Eagles have failed to cover six of their last seven road games, including the last five. Dallas is 4-10 ATS this season and 2-5 ATS at home. Philadelphia has won and covered the last two meetings but had lost and failed to cover the previous four. The over is 4-1 in the last five Dallas games. The over is 2-0 with Jalen Hurts at quarterback for the Eagles. Edge: Over and slight to Eagles.

Tennessee at Green Bay (-3½, 55½): The over is 21-6 in Titans games since Ryan Tannehill took over at quarterback. Tennessee has covered five of its last seven games as an underdog. The Packer are 4-6 ATS in their last 10 games. Edge: Titans and over.

Las Vegas handicapper Bruce Marshall is editor of The Gold Sheet. He provides the Review-Journal with NFL tech notes and trends. Follow @BruceAMarshall on Twitter.