2020 has been a year where, for better or worse, we all had to adapt. The WSOP adapted and offered two Main Events, which raises the question: is Damian Salas a legit champion? 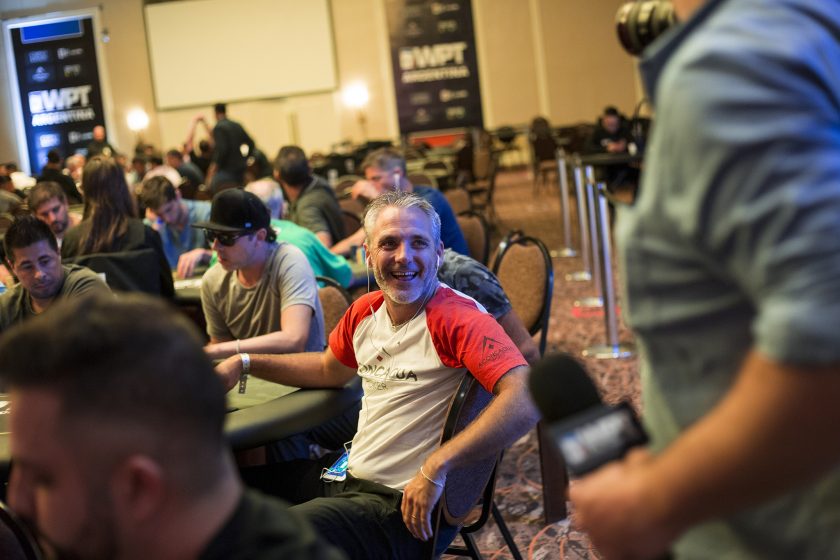 Even though he’s achievement can’t be overlooked, can we really call Damian Salas the 2020 WSOP Main Event champion? (Image: WPT)

There’s no easy answer. Salas clearly put in a strong performance to win the hybrid Main Event finale, so we can’t diminish that fact.

We also know that 2020 was a tough year for everyone and that COVID-19 forced everyone to make the best of a bad situation. In that respect, the WSOP’s efforts are commendable and Salas is the champion. However, in other respects, it may have been better to wait.

Having an online version of the WSOP is fine. If 2020 taught us anything, it’s that tournament operators can offer just as much value in the digital arena as in the live one.

The WSOP’s own Online Circuit series proved that, as did similar offerings from the WPT, EPT, and others. But, in many ways, the WSOP Main Event is a different beast.

Everyone wants to win the Big Dance and, therefore, it needs to be assessed differently. That’s not to discredit the WPT, EPT, and other major tournament organizations. However, the Main Event carries a certain reverence that can’t be overlooked.

WSOP executives seemed to agree with this sentiment back in the summer. When they created the WSOP Online series, the headline event cost $5,000. It was labeled as the “Main Event,” but it wasn’t open to players in the US because it took place on GGPoker.

What’s more, there was a $25 million guarantee. No one was complaining about that. However, the real Main Event doesn’t have a guarantee. As such, we can say that it wasn’t really a “WSOP Main Event” in the truest sense.

Stoyan Madanzhiev was Hot in the Summer

The tournament was a success, despite those differences. 5,802 entries smashed the guarantee and the winner, Stoyan Madanzhiev, banked just over $3.9 million (more than Salas won). For all intents and purposes, most people were happy with that.

It wasn’t quite the WSOP Main Event, but it was a stopgap until normal service could resume. Madanzhiev had his moment in the spotlight, the WSOP put on a show despite COVID-19, and everyone had some fun.

If that was the end of the story, most of us would say well done and see you next summer for the real thing. The problem, though, is that things didn’t stop there.

Perhaps there was a desire to create something for players in the US. Maybe the WSOP has contractual obligations with ESPN that mean it has to provide a certain amount of TV content. Whatever the reasons, a second Main Event was announced. That immediately called into question the status of Madanzhiev. Was he the Main Event champion or not?

That question can be brushed off as a categorization technicality. Unfortunately, legitimate sports don’t tend to create champions out of nothing and then cast them aside a few months later.

Yes, 2020 was a unique year because of COVID-19, but hosting a second Main Event was far from ideal. Moreover, maybe we can accept that Madanzhiev and Salas are champions. However, the real issue that arose from creating a last-minute hybrid Main Event was the way it played out.

I initially thought a hybrid tournament that took place online and in a live setting was a great idea. It’s a system that organizations such as Grosvenor and PokerStars have used in the past. The crucial difference this time around, however, is that the WSOP tried something new during a pandemic.

Things got worse when Upeshka De Silva missed the live US finale because of a positive COVID test. Both players knew the risks going in and, if we’re all honest, something like this was bound to happen.

all for being a nice guy but no way they agree to do this for amount of money at stake. The @wsop laid an egg with this event. glad i didn’t participate

Even so, it’s not a good look for the WSOP or the Main Event. In fact, we almost got into a position where the heads-up finale couldn’t happen because Salas wasn’t able to enter the US.

The match was pushed back to January 3 and went ahead as planned. Salas won and became the “Main Event champion,” but it was a lucky escape for the WSOP.

The WSOP’s rules on travel restrictions and positive COVID-19 tests may have been clear from the start. Everyone that entered had to accept the fact something could go wrong, no one is saying otherwise.

However, when someone has battled through thousands of players only to be told they can’t finish the job, it’s a tough pill to swallow. And, I’ll make the point again; this is the WSOP Main Event. The stakes are higher and, if something goes wrong, the critics are more damning.

You gotta hand it to WSOP for year after year coming up with creative new ways to tarnish their image. I respect the ingenuity of the mid-pandemic hybrid live event where you brutally punish players for getting ill.

In essence, it’s a case of risk versus reward. Yes, we all love the thought of playing in the WSOP Main Event, even during a pandemic. However, is that momentary feeling worth harming the tournament’s reputation for?

Whatever happened in 2020 probably won’t hurt the WSOP in the long run, but it’s a situation that could have been avoided.

If there were contractual obligations with ESPN, why not run a special WSOP Tournament of Champions or something similar?

By hosting two Main Events, we’re left in a position of not knowing who to call the champion. What’s more, the issues faced by Sun and De Silva have left a bitter taste. On reflection, it was probably better to skip the Main Event this year and bring it back with a bang in 2021.

Well done to Salas and, equally, well done to Madanzhiev for winning in the summer. But, if we’re honest, the way things went down this year means we can’t call either player a legit champion.

Dan Smyth is a poker media journeyman who politely reminds CardsChat readers that poker is played all around the world, not just America.