No team in the Premier League has enjoyed a better festive season than Arsenal after Mike Arteta’s men made it three wins from three since Christmas with a convincing 4-0 win at West Brom on Saturday.

Following a surprise 3-1 win over Chelsea on Boxing Day the Gunners took another three points with a midweek win at Brighton, and they went into the game at the Hawthorns full of confidence after the Baggies had suffered a 0-5 home loss to Leeds a few days earlier.

And Arteta’s men didn’t disappoint, with excellent first half goals from Kieran Tierney and Bukayo Saka effectively sealing the three points before a second half brace from Alexandre Lacazette wrapped up the comprehensive win.

Before the upturn in form Arsenal had been matched at a high of 15.014/1 to qualify for Europe via a Top 6 Finish, but those odds had fallen to 3.412/5 after Saturday’s win, a victory that moved them to within three points of sixth-placed Chelsea.

With consecutive home games against Crystal Palace and Newcastle to come next in the Premier League, it’s not too difficult to envisage the Gunners shortening further in various markets – they are trading at 11.010/1 (from a high of 60.059/1) to record a Top 4 Finish

Is Big Sam already under pressure to stay in a job?

Sam Allardyce‘s men stunned Liverpool just a week ago when securing a precious point at Anfield, but home defeats to Leeds (0-5) and the Gunners (0-4) means that Big Sam has started his new role with three straight defeats at the Hawthorns by an aggregate scoreline of 0-12! 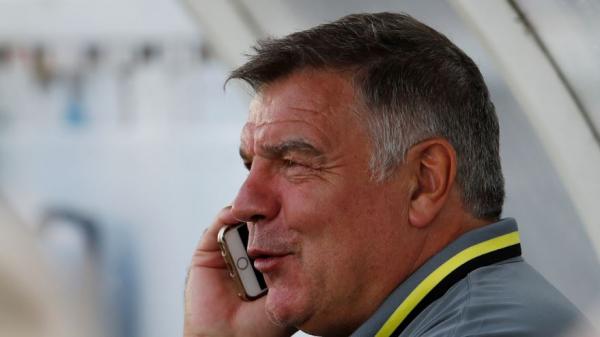 West Brom remain 19th in the table, six points adrift of safety, and they currently trade at 1.211/5 in the Relegation market.

Sheffield United remain red hot favourites for the drop at 1.061/18 after creating a new Premier League record by making it 17 games at the start of the season without a win when they lost 2-0 at Crystal Palace.

Allardyce meanwhile – who was only appointed as Slaven Bilic’s replacement midway through December – is already down to an industry-best 14/1 on the Betfair Sportsbook to be the Next Premier League Manager to Leave (2nd Manager to Go).

United level with Reds, Spurs back in top four

Manchester United‘s impressive run of form continued with a 2-1 win over Aston Villa on Friday night, a victory that took them up to second in the table, level on points with champions Liverpool.

Ole Gunnar Solskjaer‘s men have taken 13 of the last 15 points available to shoot right up the table, and had their talisman Bruno Fernandes to thank for securing the winner over Villa when he converted a second-half penalty.

Tottenham also shortened in both the markets – trading at 16.015/1 and 1.9720/21 respectively – after getting back to winning ways with a relatively stress-free win over Leeds in Saturday’s early kick-off.

Jose Mourinho‘s men were never really in any danger once they’d weathered United’s bright start, and once Harry Kane and Son Heung-min had scored two quickfire first-half goals the points were effectively sealed. Toby Alderweireld added a third early in the second half.

*odds mentioned above correct as of Sunday 2pm, before the two Premier League kick-offs