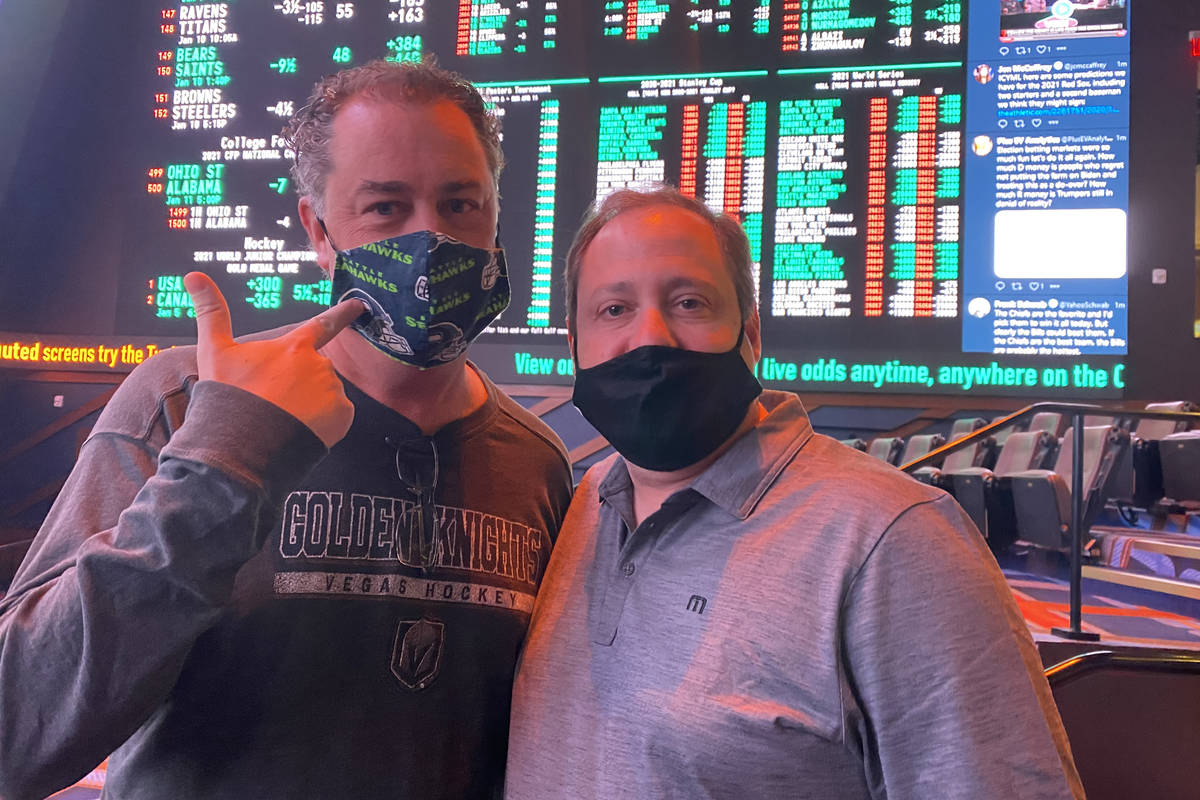 Malcolm Butler’s interception in the 2015 Super Bowl is considered the most heartbreaking moment in Seattle Seahawks history.

But Washington native and lifelong Seahawks fan Mark Gregorich begs to differ. The most painful moment for him took place Sunday, when the San Francisco 49ers scored a touchdown with 23 seconds left for a backdoor cover in their 26-23 loss to Seattle.

“What hurt more, Mark, the Malcolm Butler interception or the touchdown to steal a million dollars from us?” Baker asked his friend Tuesday as they recounted their thrill ride this season while sitting in the Circa sportsbook.

“Sunday hurt a lot more,” said Gregorich, who was wearing a Seahawks mask. “The year of Malcolm Butler’s interception, I had a futures bet on the Patriots. So I had that to pay for my Seahawks therapy. This was just pure pain.”

San Francisco quarterback C.J. Beathard’s late 3-yard TD pass to Jeff Wilson caused them to miss out on an extra $800,000 in winnings in the Million. And they would have won more on hedge bets and hit the middle in Washington’s 20-14 win over Philadelphia on Sunday night.

“Nobody is going to have sympathy for anybody who wins a contest and wins $600,000,” said Baker, of Tucson, Arizona. “But it was a seven-figure beat for us.”

Gregorich, 50, and Baker, 48, clinched the SuperContest title Sunday when runner-up YUGO77 lost on the Arizona Cardinals and needed Seattle (-6) and Washington (-2) to cover to win the Million.

The Seahawks looked like a sure loser when they fell behind 16-6 early in the fourth quarter. But Seattle scored TDs on back-to-back possessions for a 19-16 lead, then recovered a fumble after a strip sack.

Alex Collins scored on an 8-yard run with 1:49 left for a 26-16 lead, as Gregorich and Baker went crazy while watching the game at the Westgate sportsbook.

“My voice is gone because of that game,” Baker said.

But it wasn’t over. Beathard drove the Niners 75 yards in nine plays for an otherwise meaningless TD.

“We had already written it off in our minds that we weren’t going to win Circa just because we needed a miracle,” said Gregorich, of Las Vegas. “And then we got the miracle. But, almost as quickly, it was taken away.

“Obviously, we were thrilled to win the SuperContest. But being so close to both of them, there was some disappointment in there, too.”

ODBMG is a combination of their initials, including Baker’s nickname, “Original David Baker.” The moniker was given to Baker, a two-time World Series of Poker bracelet winner, by poker reporters to differentiate him from poker pro David “Bakes” Baker.

ODBMG almost led wire-to-wire in the SuperContest. But the two didn’t take their first lead in the Million until after Week 16. They led each contest by a half point entering Week 17.

“The fact we led the SuperContest all season, we were going to probably be pretty disappointed if we didn’t pull it off because we were definitely the favorites to win that,” Gregorich said. “Circa would’ve been a very nice bonus, and we almost did it.”

Baker said they will talk about the Seahawks’ bad beat forever.

“But every time we lament the Seahawks’ bad luck, one of us brings it back to (the fact that) we were long shots to begin with,” he said. “And we won the SuperContest, which is a dream.”

Another poker pro, Marco Johnson, was a partner in ODBMG.

“But he didn’t want anything to do with the decisions,” Baker said. “He just wanted the sweat. And we gave him the sweat.”