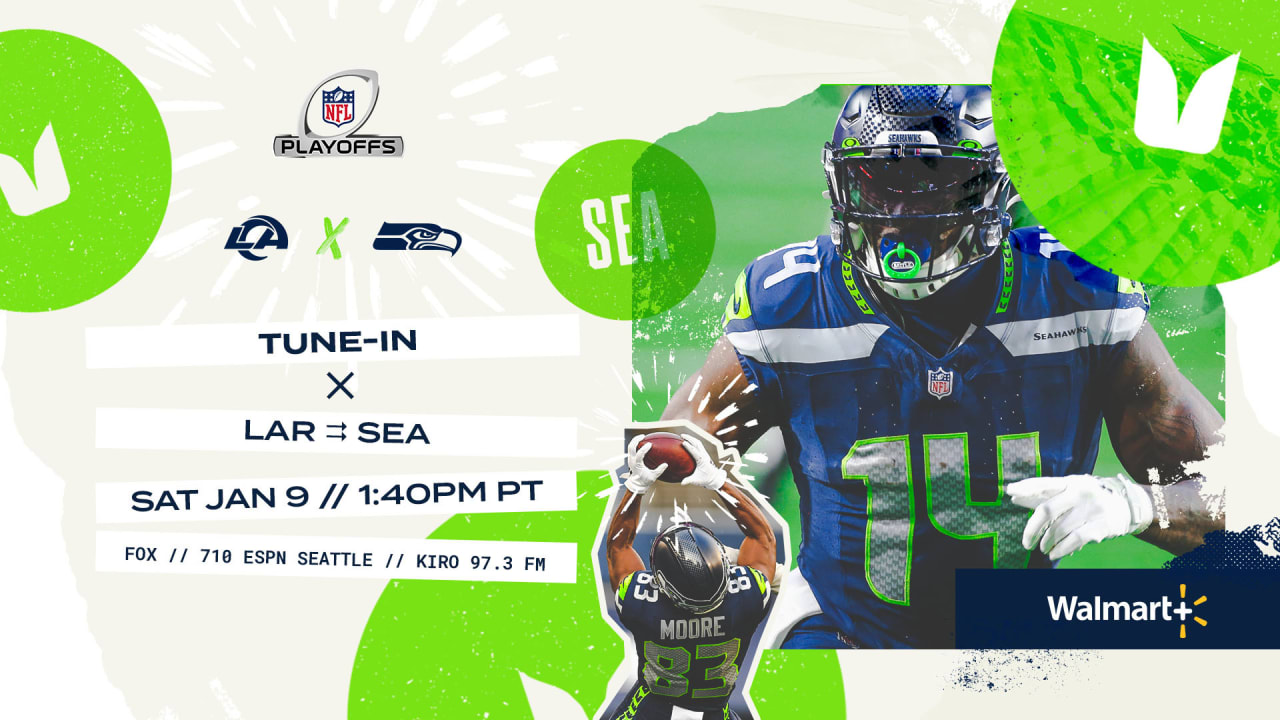 The Seattle Seahawks will host the Los Angeles Rams in the Wild Card Round of the 2020 NFL Playoffs. Kickoff is at 1:40 p.m. PT on Saturday, January 9.

The Seahawks finished the 2020 regular season with a 12-4 record, securing their first NFC West title since 2016 and the No. 3 seed in the NFC. This will be the Seahawks’ ninth postseason appearance in 11 seasons under head coach Pete Carroll.

The Rams went 10-6 during the regular season, finishing second in the NFC West and as the No. 6 seed in the NFC. Los Angeles missed the playoffs in 2019, one season after a deep playoff run which ended with a loss to the Patriots in Super Bowl LIII.

Here’s how you can watch, listen to, and follow the action as it unfolds.