Serie A Not only did Sassuolo hit four for the third straight game last season, they did so off a return of 3.16 xGF which is hugely impressive for an away side. A victory over winless Torino will take them top, at least until AC Milan play, and Roberto De Zerbi’s side are 51% according to Infogol’s model to see off opponents who are yet to really get going this season.

Atalanta to build on European statement

Atalanta quickly put last weekend’s loss at Napoli behind them by putting four past Midtjylland in the Champions League, and a return to Bergamo should help them return to winning ways in Serie A. Sampdoria are coming off impressive back-to-back wins, but any team which averages more than two xGA on the road is going to be up against it at the Gewiss Stadium

Inter to put recent frustration behind them

Inter are winless in their last three, and needed a last-minute equaliser to escape with a point against Borussia Mönchengladbach in the Champions League. They travel to Stadio Luigi Ferraris hoping for a repeat of last season’s 3-1 win, and infogol gives them a 63% chance of victory, but Antonio Conte’s side may have to continue their wait for a first clean sheet of the 2020/21 campaign.

Lazio to build on eye-catching win over Dortmund

Lazio got off to a flying start in Europe, blowing away a dangerous Borussia Dortmund side, and the result can give them the impetus to bounce back from last weekend’s reverse at Sampdoria. Simone Inzaghi’s side are 64% to beat a Bologna team of whom questions are being asked at the back, but Infogol anticipates a 58% chance of both sides finding the net.

Cagliari to earn first home win of the season

After getting the better of Torino last weekend, Cagliari have a chance to move into the top half of the table with victory over Crotone. Giovanni Stroppa’s visiting side have struggled defensively on the road, but a draw at home to Juventus last week will give them some confidence. The hosts ought to have the edge, though, and Infogol doesn’t anticipate a high-scoring affair. 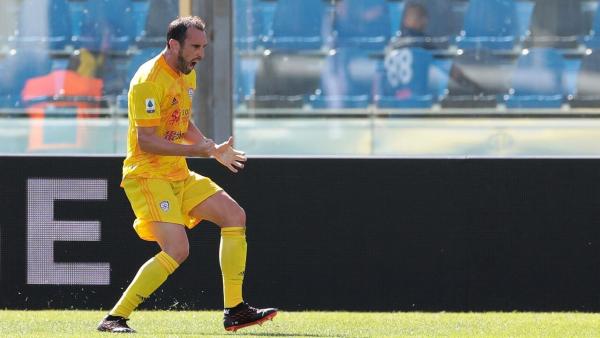 Benevento have done well to earn six points this season, seeing as they’ve averaged more than 2.7 xGA per game, and Napoli’s impressive attack could cause Pippo Inzaghi’s men real problems. The visitors have a 100% record from the fixtures they were able to fulfil, though the fallout from their Covid-affected trip to Juventus rumbles on, and Rino Gattuso’s side are 62% to keep up the pressure at the top of the league with another win.

Low-scoring Parma to eke out a win

Parma have found it tough going this season, with their 3.60 total xGF producing four goals and three points across the opening four games. They’ll hope for a change of fortune against a Spezia side beaten comprehensively by AC Milan in their last away game, and Infogol gives Fabio Liverani’s side a 57% chance of upping their game to take all three points.

Fiorentina to rediscover the winning formula

While Fiorentina haven’t won since the opening weekend of the season, the sight of an Udinese side with three scoreless games from four will be a welcome one. The Viola are 49% to win according to Infogol’s model, having taken a 1-0 victory from the corresponding game last season, with just a 38% chance of the game producing more than 2.5 goals.

Verona to cause Juventus few problems

Juventus might have dropped points at Crotone last week, but Andrea Pirlo has made a tidy start as manager and a midweek win in Kiev is more evidence of that. Verona have found goals hard to come by this season, and can expect more of the same against the champions on Sunday night, with Infogol’s model giving the Bianconeri a 74% chance of victory.

Milan to keep up 100% record against improving Roma

The visit of Roma will be a real test for Milan, with the pressure increased by the fact that the game comes hot on the heels of a Europa League trip to Celtic. However, Stefano Pioli’s side have passed all their domestic tests so far. The hosts won the corresponding game last season thanks to two late goals, though Paulo Fonseca’s visitors have been kicking into gear this term and will make it tough.