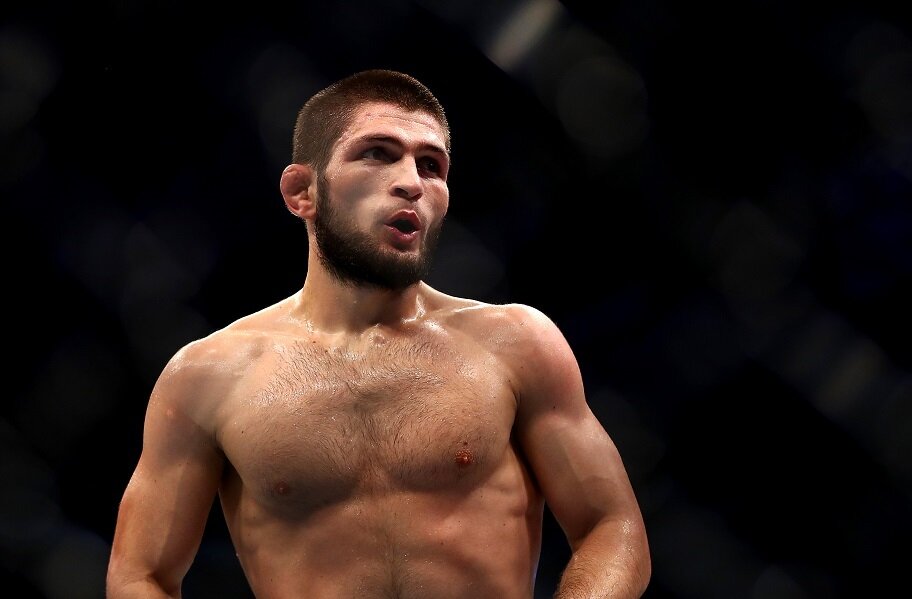 Featured in this article:

UFC 254 has a tough act to follow on Fight Island in Abu Dhabi, as UFC 253 was a fantastic card filled with finishes and bad blood. However, this set of UFC 254 betting odds features a title unification fight and two more matches that we’ll look at, that have major implications in the rankings.

Lightweight champion Khabib Nurmagomedov stands behind only Jon Jones in the UFC’s pound-for-pound rankings for the men. Not only has he beaten everyone he has faced, he usually dominates them. However, Nurmagomedov will be in tough against Justin Gaethje, who won the interim championship while Nurmagomedov was dealing with the poor health of his father, who then passed away in July.

In the other matches you should keep an eye on at the sportsbooks, former middleweight champion Robert Whittaker takes on Jared Cannonier, who has been tipped by current champion Israel Adesyana for the next title shot. However, Whittaker will absolutely have something to say about that. In the heavyweight division, Alexander Volkov takes on Walt Harris, and a top-five opponent might be in line for the winner.

The UFC 254 card was held at the usual time in the United States, even though it was the middle of the night in Abu Dhabi. This time, the early prelims will kick off on UFC Fight Pass and ESPN+ at 10:15 AM ET. The prelims continue on ESPN+ at 12:00 PM ET. The main card can be ordered on ESPN+, Fight Pass or pay-per-view, starting at 2:00 PM ET.

Nurmagomedov (28-0) has amazingly lost just one round in his MMA career. That came in his superfight against Conor McGregor in October, but you could argue that round was a draw and that he was conserving energy for the next round, where he ended the fight by submission (and we know about the post-fight brawl). Gaethje (22-2) is known for his free-wheeling, high-volume (and violence) striking style. However, he showed a lot of patience in his domination of Tony Ferguson in May, preferring not to brawl and instead, moving in and out and confusing the former champion.

Gaethje was also a former Division 1 All-American wrestler. He might have the best wrestling credentials that Nurmagomedov has ever faced. However, he has never faced a wrestler like Nurmagomedov, who might get stopped the first time, but he’ll keep trying and trying until he takes you down. Gaethje is also very confident about his ability to get back up if Nurmagomedov manages to get him down. That is going to be interesting and crucial to Gaethje’s MMA betting chances, because we have never really seen that before. However, the odds are moving away from Gaethje, who is an even bigger underdog as he was at +225 on October 6th at Bovada.

Gaethje’s best chance to try and make this a striking contest. McGregor tried that and it didn’t go well for him, and the same goes for the other 27 men that Nurmagomedov has beaten. Gaethje has a takedown defense of 80%, and that is certainly going to be tested by Nurmagomedov. This is going to be a tough match, and it wouldn’t be a shock at all if Gaethje landed a knockout blow. But after all we’ve seen with Nurmagomedov, it’s too hard to bet against him.

Whittaker (21-5) bounced back from losing the title to Israel Adesanya with a unanimous-decision win over Darren Till in July. Cannonier (13-4) has been rolling since moving down to middleweight as he knocked out Jack Hermansson in September 2019 with three straight TKO wins at 185 pounds. He has been inactive, however, as Cannonier suffered a torn pectoral muscle in February. A meeting with the former middleweight champion is going to be a tough return to the octagon for Cannonier.

Cannonier is the more powerful fighter, but Whittaker is the more technical striker. He is also a black belt in Brazilian jiu-jitsu with five submission wins, but Whittaker last submitted someone back in August 2011. Still, Whittaker has a ground game that Cannonier (who has a takedown defense of 45%) has to beware of. Also, Cannonier has been off for more than a year. Finally, this is the biggest fight of his career and he has struggled in high-profile fights before. He lost to Glover Teixeira, Dominick Reyes and current champion Jan Blachowicz at light heavyweight (he did beat Anderson Silva in May 2019, but Silva is obviously well past his prime). Can he turn the tide at middleweight? The odds have slid towards Whittaker, who was +115 on October 6th, but is now at -110.

I’m going with Whittaker to use his championship experience to get a win, and take a step towards a rematch with Adesanya.

The heavyweight division is very top-heavy, with Volkov (31-8) on the outside of the top five looking in at sixth, and Harris sits at eighth. Volkov struggled to stop Curtis Blaydes’ takedowns in a unanimous-decision loss in June, while Harris (13-8, 1 NC) suffered a TKO loss to Alistair Overeem in May. However, that was Harris’ first fight since the tragic murder of his stepdaughter and he may have punched himself out as Harris got off to a flying start in the first round, only to be finished in the second.

This fight might simply to be to stay in the heavyweight picture as Harris lost to fifth-ranked Overeem, while Volkov has now lost to two top-five fighters in Blaydes and Derrick Lewis. The heavyweight division is only going to get more complicated with Jon Jones moving up (and likely skipping the line to a title shot because, well, money). This should be a stand-up battle, and Harris has the edge on pure power, while Volkov has great technique and can mix in some kickboxing as well. Volkov has remained a steady favorite in this match by the UFC 254 betting odds.

The kickboxing should allow Volkov to keep Harris at bay and earn a decision win, although Harris’ KO power has to be respected by MMA betting players. Volkov doesn’t want a repeat of his last-second KO loss to Lewis.