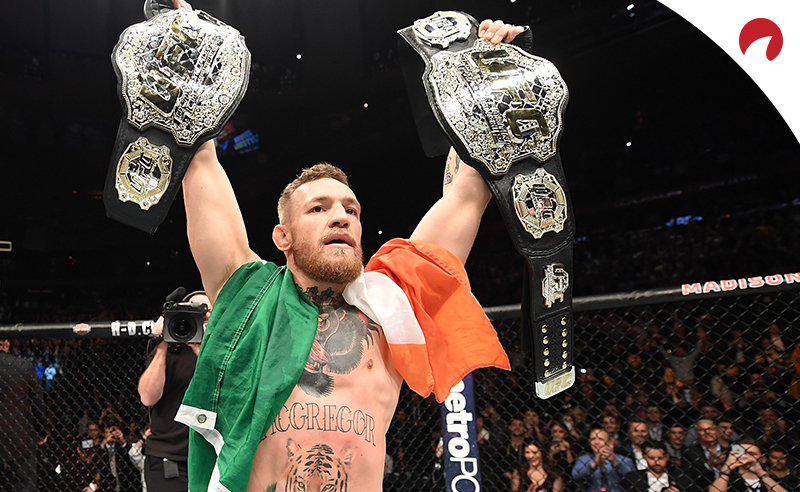 What a 2020 we all faced, and professional sports were not protected from the chaos that swept the world. However, while many want to put that year behind them, the UFC looks to build off what was actually a successful year. The promotion was the last to have an event before the sports world went dark due to the coronavirus pandemic but was also the first to come back and with exhilarating fights as well.

However, 2021 is already shaping up to be a good one and we will see new champions by year’s end with the likes of Khabib Nurmagomedov retiring and relinquishing his lightweight belt and Jon Jones moving up to heavyweight.

New to betting on the fights? Be sure to check out our great UFC betting guide.

The heavyweight division has been stuck in the mud in recent years with Stipe Miocic and Daniel Cormier completing their trilogy at the top that began in July 2018 and concluded in August 2020. Going over two years without a new challenger and having one fight a year for the title can really stall a division – to nobody’s fault either, with injuries and the pandemic playing major factors.

One of the scariest men on the UFC roster is perhaps Francis Ngannou, who fought Miocic for the championship in January 2018 but lost a unanimous decision and has been chomping at the bit to get another crack at the belt. Since that loss and an ensuing snoozer defeat to Derrick Lewis, “The Predator” has now rattled off four straight wins, all by knockout with the longest bout lasting 71 seconds – yikes.

Ngannou is now next in line to fight Miocic sometime in early 2021, with futures odds listing him as the -180 favorite in the rematch. If you believe Miocic can beat Ngannou again, his odds of +275 may be intriguing. However, I believe the new man in the division offers the best value.

That man is Jon “Bones” Jones, the former light heavyweight king and arguably the best pound-for-pound fighter. The 33-year-old has an impressive 26-1-1 record with that one defeat coming via a controversial illegal elbow in 2009, although his more recent fights have been much closer, with many believing he lost to Thiago Santos and Dominick Reyes.

I’m more of the belief that he wasn’t motivated and was just going through the motions. Moving up to heavyweight and getting bigger and stronger with the chance of beating some big men should provide motivation for Bones. It is assumed his first bout at his new weight class will be against the Ngannou-Miocic winner and quite frankly I think he beats either one fairly easily.

Perhaps the best and deepest division in the UFC is gearing up to be a wild one in 2021. It all begins on January 23 with UFC 257: Poirier vs McGregor 2, which may or may not have the lightweight belt up for grabs. Originally, this was not going to be for a championship. However, current champ Khabib Nurmagomedov has since retired and a leaked tweet has come out that the title will in fact be awarded.

Looks as though the McGregor vs Poirier fight may be for the belt. pic.twitter.com/w2xaH9cfVN

Conor McGregor is a sizable favorite in his rematch with Dustin Poirier, having knocked him out seven years ago in featherweight. I think “Notorious” will win again and obviously if the belt is on the line, then he would be the champ. If he remains active and engaged, there’s no doubt in my mind he can hold on to the strap until the end of the year.

All that said, and I do believe McGregor will be the champ, it’s hard not to take a stab at Islam Makhachev at +2000, though it’s perhaps a year too soon as a lot of things would need to go right for Nurmagomedov’s good friend to get a title shot in 2021. To start, Makhachev is only ranked No. 13 and hasn’t fought since September 2019. He was in line to fight Rafael dos Anjos in late 2020 but an injury sidelined him.

Makhachev has a fight booked for March against Drew Dober that won’t shake up the rankings much but could put him in line for a late-year title bout. Assuming he beats Dober, perhaps gets an RDA-type opponent in July and then a top-five Michael Chandler or Charles Oliveira-type fight, then the path is there. In reality, I think it’s a year too soon but the odds are certainly intriguing, especially if UFC president Dana White wants to give Islam a push.

Another division that is set to kick off 2021 in a big way is the welterweight class as Kamaru Usman defends his belt vs Gilbert Burns at UFC 258 in February. With two former training partners colliding, some insiders believe Burns is a live dog in that bout and an intriguing option to be champ at the end of 2021 at +550.

However, I believe the Nigerian Nightmare retains his belt in that fight and defends it just one more time later in the year. We know that Colby Covington (+300) and Jorge Masvidal (+550) are likely to fight in late spring or early summer, which could set either man up for a rematch with Usman. Meanwhile, Stephen Thompson (+1000) has looked really sharp recently and could be a top-five win away from a dance with the champion as well.

But for me, I’m all aboard the Khamzat Chimaev hype train. “Borz” dismantled three opponents in 2020 while hardly breaking a sweat, landing him a big-name opponent in Leon Edwards – a bout that has been postponed twice now but is likely to occur in early 2021.

On a popular MMA podcast “Weighing In” in early 2020, former UFC lightweight title challenger Josh Thomson and former MMA referee Big John McCarthy discussed an unnamed fighter who wasn’t signed by anyone but could be champion that very day if the UFC grabbed him. They referred to the man simply by the nickname “Wolf” – and “Borz” translates to “wolf.”

If Chimaev runs through Edwards in early 2021, he likely gets Thompson in the summer. If he wins again, I think the UFC puts him in the Octagon against Usman.

My Predictions For The Rest Of The UFC Divisions

Deiveson Figueiredo will beat Brandon Moreno in their rematch, which will likely take place in April or May. That would likely set up just one more fight for the champ later in the year, although if there are multiple challengers, we may see him fight three times in 2021. Cody Garbrandt (+450) could cause Figueiredo some issues but ultimately I think the “God of War” will retain his title throughout 2021.

Champion Petr Yan will have his hands full with Aljamain Sterling and I think the winner of that bout will be the champ at the end of the year. Although there are some great contenders in the division, Aljo and Yan are the cream of the crop at this point and I think the current champ will have the slight edge in that fight. It should be a good one, but I like Yan to still be on top of the bantamweight division come the start of 2022.

I think Zabit Magomedsharipov is the best value pick on the board at +700 but honestly, Max Holloway at +275 is my pick, assuming he gets through Calvin Kattar and then perhaps Magomedsharipov to set him up for the trilogy.

There’s some uncertainty in this division with champion Israel Adesanya moving up to the light heavyweight division to challenge Jan Blachowicz. If Adesanya vacates his belt, I think Robert Whittaker at +350 will be the one holding the gold at the end of the year. That said, I think “The Last Stylebender” will still have his middleweight strap all year.

With Jon Jones out of the division, many of the light heavyweight contenders can breathe a sigh of relief and may actually feel like they have a chance. Current champ Jan Blachowicz showed off his Polish power by stopping Dominick Reyes in their late 2020 title fight.

He now has his hands full with Israel Adesanya moving up a weight division and quickly becoming the favorite to have that belt at year’s end. For me, it’s a coin flip between Adesanya and Aleksandar Rakic (+650), who has a dance with former title challenger Thiago Santos in early 2021.

Last year, I wrote about Rose Namajunas coming back and winning the title. Well, the first part came true as “Thug” Rose returned to beat Jessica Andrade, but UFC president Dana White said in December 2020 that Namajunas doesn’t want to fight for a belt, although she would be my pick. With Tatiana Suarez’s future uncertain as she deals with a neck injury, it’s hard to see anyone other than Zhang Weili as champ at the end of the year.

I think this is a pretty clear pick here. Valentina Shevchenko is second only to Amanda Nunes’ featherweight title odds as the biggest favorites on the list. “Bullet” is just in a class of her own in the flyweight division. Although Jessica Andrade (+650) will be a really good contender when the two collide in 2021, I can’t bet against Shevchenko.

I’m going to lump these two divisions together because the same woman reigns supreme over both. I really don’t see anyone in either division knocking Amanda Nunes off. Ketlen Vieira will be a good contender in the bantamweight division and if Megan Anderson can keep the fight standing, she might be able to keep Nunes at bay with her length, but I wouldn’t be confident betting on either woman.