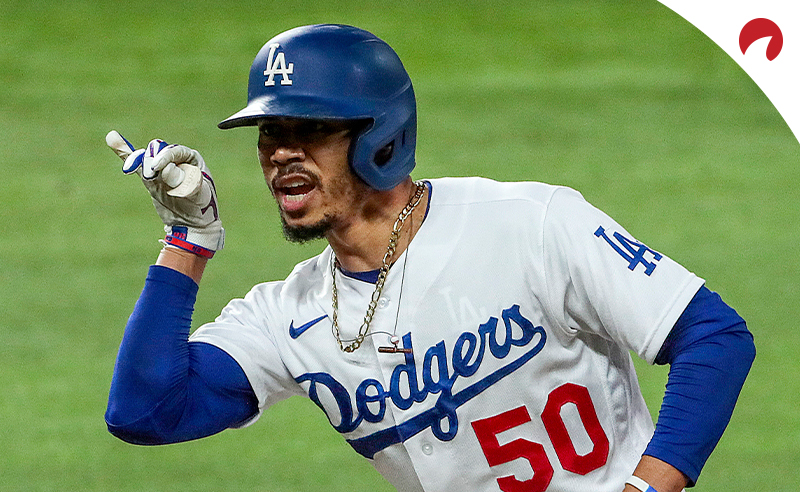 With the MLB World Series set to begin, sometimes an unknown player can emerge out of nowhere and become a hero for his team. An All-Star can also put on a show and carry his team to a championship. In 2020 World Series MVP odds, the favorites to take the hardware are outfielder Mookie Betts of the Los Angeles Dodgers and SP Tyler Glasnow of the Tampa Bay Rays.

According to the best baseball betting sites, Betts and Glasnow are co-favorites in World Series MVP odds at +850. Betts is trying to win his second World Series in his first season with the Dodgers, while Glasnow is making his first appearance in the Fall Classic.

Who Will Win World Series MVP?

Mookie Betts and Tyler Glasnow may be the favorites in World Series MVP odds but that doesn’t mean they should be looked at as the best bets for this prop.

That’s because baseball is such a finicky sport and any player can impact a game – it wouldn’t be shocking to see Betts struggle in the series but the Los Angeles Dodgers end up crushing it. As for betting on pitchers for this prop, it’s not inconceivable that one could win but the probability is low for a pitcher to be so outstanding that he jumps the queue as favorite. Stephen Strasburg won this award last year for the Nationals, but since 2000, only five pitchers have accomplished this feat.

That’s why the players that bettors should be looking at for World Series MVP odds are guys who hit with power like Randy Arozarena (+1000) or Max Muncy (+1500). Arozarena has been a revelation for Tampa Bay, hitting seven home runs in the 2020 postseason, including some clutch ones against the Houston Astros in their American League Championship Series.

Muncy is another player with a flair for the dramatic with his ability to come up clutch in key moments. The first baseman has been hitting in the heart of the order for the Dodgers for the last three seasons and has 82 home runs in 336 career games in Dodger blue.

Two long shots in World Series MVP odds who could really put some money in your pocket are the Dodgers’ Justin Turner (+2500) and the Rays’ Brandon Lowe (+2800). Much like Muncy, Turner has a flair for the dramatic, is hitting in the middle of the Dodgers order and has the power to take any Rays pitcher deep.

For the Rays, Lowe has to be considered with those World Series MVP odds because, during the regular season, the second baseman was easily Tampa Bay’s best positional player. Lowe led the Rays in home runs, RBIs and OPS and while he hasn’t been as impactful in the batter’s box in the playoffs, he still is excellent defensively. If he gets hot, he could very well take this award home.